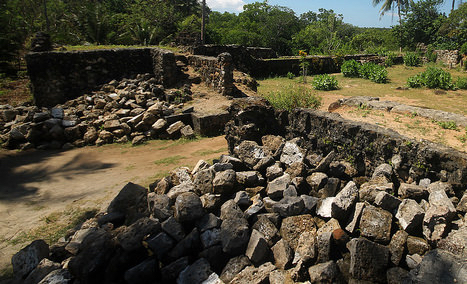 After taking in the top attractions of Cuyo Island, Palawan such as the fortress-church of Cuyo and Capusan Beach, I went on a motorcycle tour of Magsaysay, a municipality which occupies the eastern half of the island. My impromptu tour guide was Ronald Palay, a local photographer and businessman introduced to me by former tourism officer Ramil Ceralbo who I met at the municipal hall. Aboard his motorcycle, we visited the lesser-known parts of the island, many of which were END_OF_DOCUMENT_TOKEN_TO_BE_REPLACED