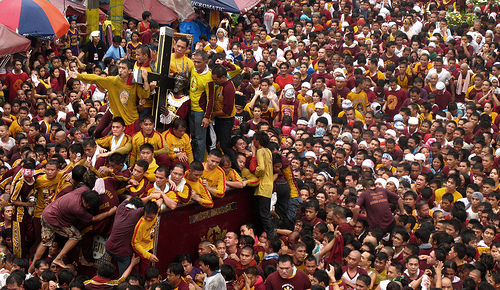 Every 9th of January, the streets of Manila become raging rivers of devotees clad in yellow and maroon, venerating a 17th century image of Jesus carrying the cross called the Black Nazarene. The image was brought from Acapulco, Mexico to Manila in 1606, during the time of the galleon trade. The ‘translacion’ procession is one of the most intense religious celebrations in the Philippines, where millions of barefoot devotees fight for a chance to touch the image or pull the END_OF_DOCUMENT_TOKEN_TO_BE_REPLACED