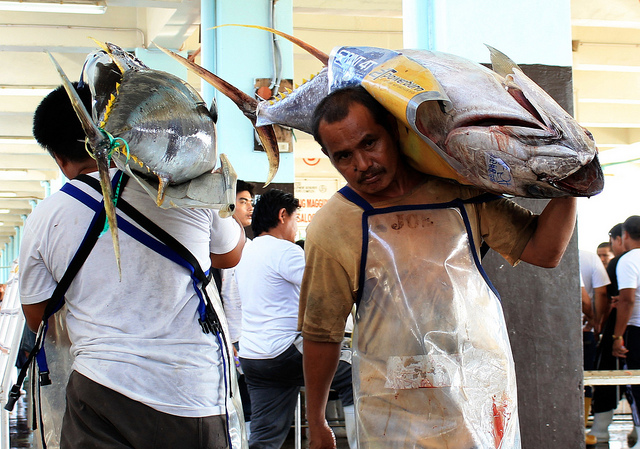 Before world boxing champ Manny Pacquiao or Ms. Universe beauty Shamcey Supsup, the southernmost city of General Santos in South Cotabato – “GenSan” for short –has long been known for another world-class export – tuna! Since the international market discovered the abundance of tuna off its coast in the early 1970s, GenSan has been dubbed the “Tuna Capital of the Philippines”. Fishport laborers hauling yellow-fin tuna The best place to appreciate the tuna industry is at the Fishport Complex in END_OF_DOCUMENT_TOKEN_TO_BE_REPLACED