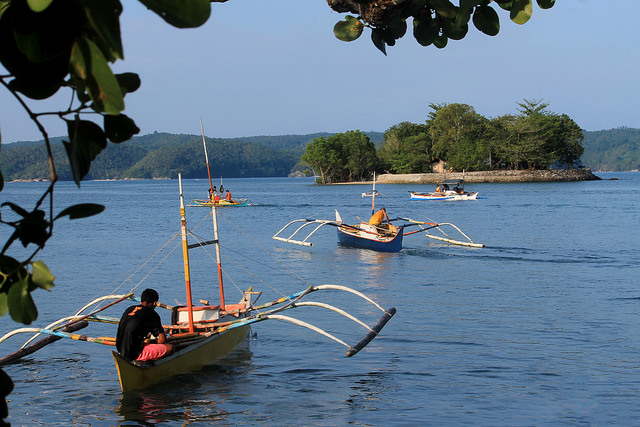 The frontier town of Sarangani consists of three islands: the main island of Balut, the namesake island of Sarangani and the small islets of Olanivan and Marorong. A day of island-hopping can take visitors around these islands and islets, jumping off from Mabila Port on Balut Island. Tuke Maklang Beach Resort is home to hundreds of endangered flying foxes! In contrast to the prominent peak and graceful slopes of Balut Volcano which I hiked across with B’laan farmers, the neighboring END_OF_DOCUMENT_TOKEN_TO_BE_REPLACED 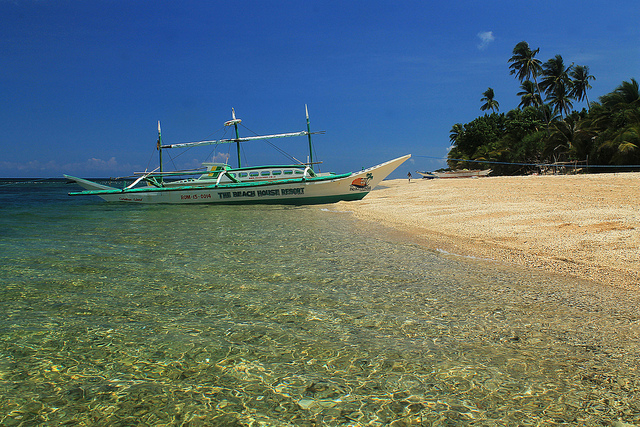 Glassy waters of Lanas Beach on Carabao Island (San Jose), Romblon Just 30 minutes north from famed Boracay Island is Carabao Island, whose territory is contiguous with San Jose, a municipality of Romblon province.  The island is also known as Hambil, hence, its inhabitants are called Hambilanons. There are two possible reasons why the island is named after the beast of burden. Some say that the island has long been populated by carabaos or water buffalos, while others say its END_OF_DOCUMENT_TOKEN_TO_BE_REPLACED 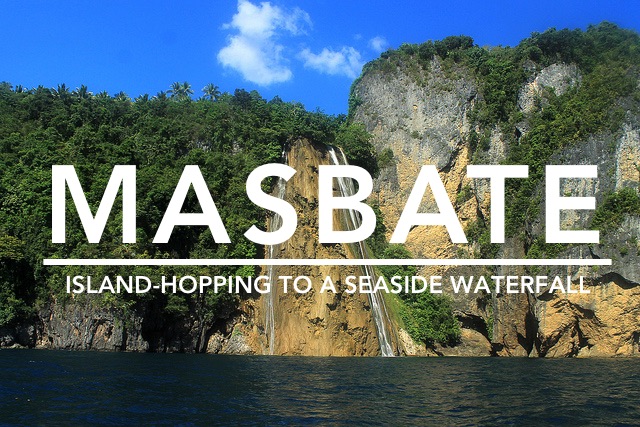 The northernmost town on Ticao Island, Masbate is Monreal, an unassuming coastal settlement with a few early 20th century colonial homes and glorious views of Mt. Mayon and Mt. Bulusan on the Bicol Peninsula at the pier across Ticao Pass. Monreal also serves as a staging point for island-hopping adventures around the northern islets, sandy beaches, rock formations and one of the most amazing waterfalls I’ve ever seen! Passing by some rocky islands with impressive escarpments and shallow caves, we END_OF_DOCUMENT_TOKEN_TO_BE_REPLACED 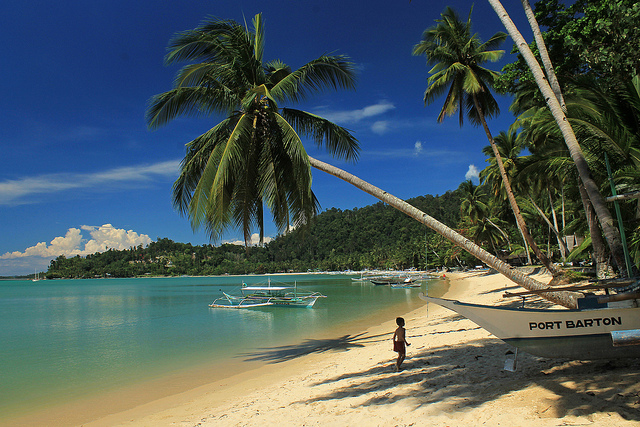 Turquoise waters, sapphire skies and fecund foliage all come together at Port Barton, Palawan. Located between the tourist hotspots of Puerto Princesa and El Nido, Port Barton – a modest barangay (village) in the municipality of San Vicente – surprisingly receives only a trickle of tourists, catering mostly to backpackers looking for some solitude and relaxation. Even during the “super peak” season of Holy Week when I visited, there were barely any tourists and many rooms available. Supple sands hugged by jungle-clad END_OF_DOCUMENT_TOKEN_TO_BE_REPLACED

The mysterious marine lake of Bababu and the longest underwater cave in the Philippines! The mystique of Dinagat Islands certainly extend far beyond the capital of San Jose, where the Philippine Benevolent Missionaries Association (PBMA) of Ruben Ecleo, Sr. is based. In the next town, we reached a large natural pool that PBMA members believe possesses curative powers. For decades, PBMA members have trekked the jungle of Basilisa to swim and collect its healing waters. Scientifically speaking, Bababu Lake – END_OF_DOCUMENT_TOKEN_TO_BE_REPLACED 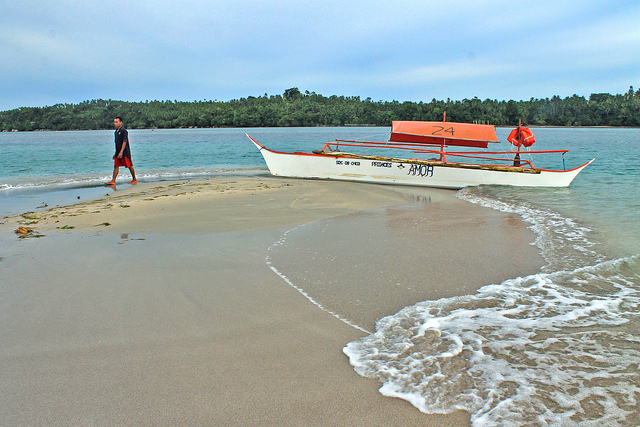 Vanishing Island, Hinatuan, Surigao del Sur I was surprised to discover that there were other sights to see beyond the Enchanted River in Hinatuan, Surigao del Sur. The popular sapphire abyss overflows into a bay where some offshore attractions in the barangay of Portlamon offer respite when the Enchanted River gets too crowded with tourists. Pangasinan Island – a good spot to watch the sunset Following the river, I hired a bangka to take me around the bay. We passed END_OF_DOCUMENT_TOKEN_TO_BE_REPLACED