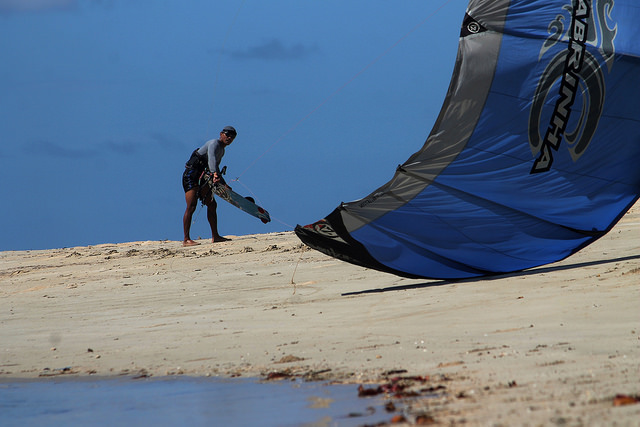 Cuyo Island, Palawan is reputedly the best place for kitesurfing or kiteboarding in the Philippines, so I did not want to leave the island without giving this extreme water sport a try. Before departing by ferry to Puerto Princesa, I was able to squeeze in an exciting three-hour basic lesson on kitesurfing with local kiter Jing Tabangay at the top spot on the island, Capusan Beach. According to Jing, Cuyo Island is the best spot to kitesurf in the Philippines, END_OF_DOCUMENT_TOKEN_TO_BE_REPLACED