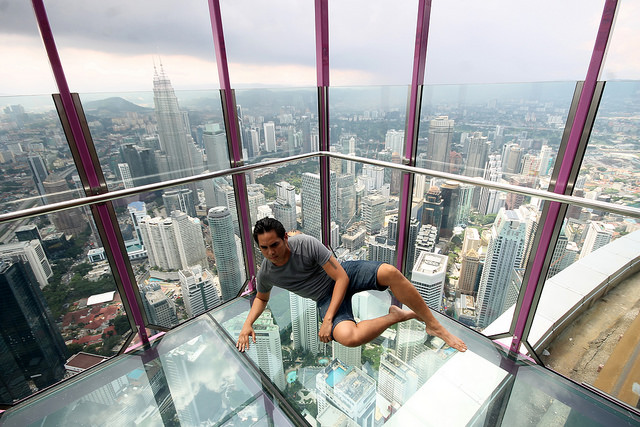 City viewing at Kuala Lumpur takes a hair-raising upgrade at the Skybox, the newest attraction at KL Tower (Menara Kuala Lumpur).  Launched only last May in conjunction of the 20th anniversary of the tower, the Skybox was built to as an exciting addition for visitors to the Sky Deck, which offers 360-degree views of the city. KL Tower, after all, is the world’s seventh tallest telecommunications tower, and one of the best places to see the entire metropolis – including the iconic END_OF_DOCUMENT_TOKEN_TO_BE_REPLACED