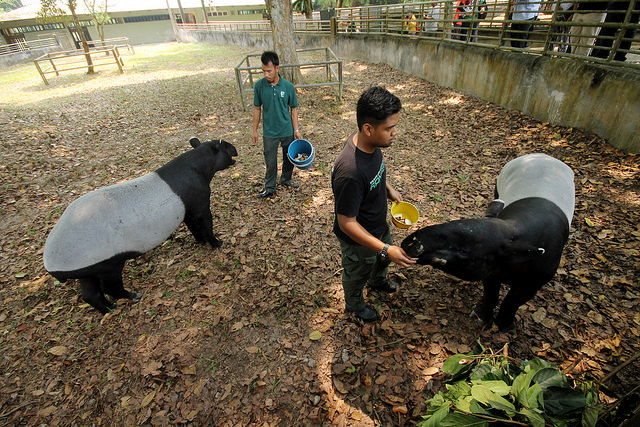 Is that a pig? An elephant? A panda? No, it’s a Malayan tapir! Named after a bordering river, the Sungai Dusun Wildlife Conservation Center (Pusat Konservasi Hidupan Liar Sungai Dusun) in Kuala Kubu Bharu – located 120 km north of Kuala Lumpur – was established in 1964 as a conservation program for the Sumatran rhinoceros. Today, the reserve houses the Malayan Tapir Conservation Centre (MTCC), which cares for a dozen of these adorable animals. It’s an excellent place to see END_OF_DOCUMENT_TOKEN_TO_BE_REPLACED