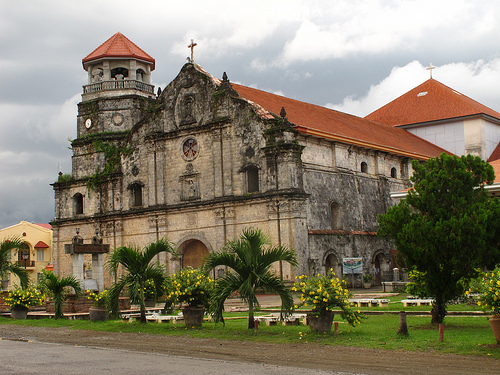 The five-storey belfry of coral stone afforded a pastoral panorama beyond the town plaza occasionally punctuated by jeepneys and tricycles whirring along the highway that stretched back to Roxas City. Click! The tourist guide snapped photos of me grinning—half in fear—underneath 10.4 tons of cast metal precariously suspended by rusty chains. On its patinated belly, an embossed inscription: SOY LA VOZ DE DIOS. A less intimidating one simply declared the town’s name: PANAY. I was in the town of Pan-ay END_OF_DOCUMENT_TOKEN_TO_BE_REPLACED