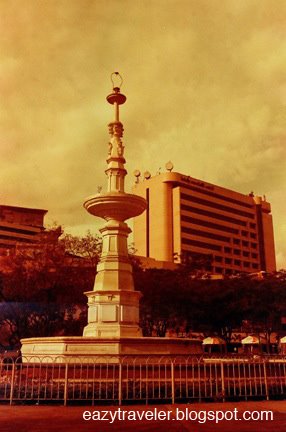 Built in honor of Cebu’s “Grand Old Man”, Sergio Osmeña–the fourth president of the Commonwealth of the Philippines– and to commemorate the city’s first waterworks system, Fuente Osmeña is a fountain rotunda where major thoroughfares converge: Gen. Maxilom Avenue (aka Mango Avenue), Osmeña Boulevard (aka Jones Avenue, towards downtown) and B. Rodriguez Street. The oval was built in 1912. Since the 1980s, this was where anti-Marcos and other political demonstrations were held. Before malls became popular in the mid-1990s, many END_OF_DOCUMENT_TOKEN_TO_BE_REPLACED