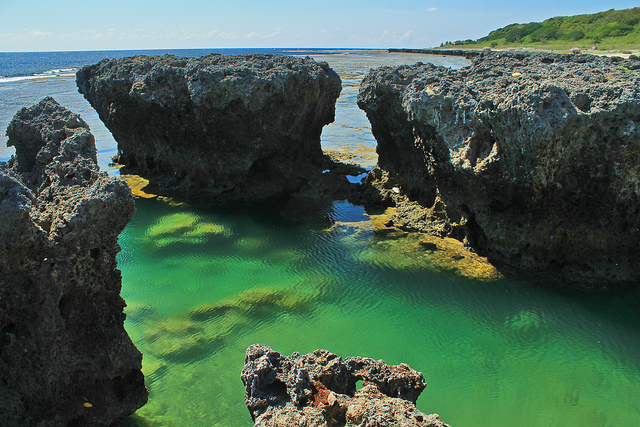 Pangil Coral Rock Gardens – a series of tidal pools and coralline rock formations stretching for more than two kilometers. Despite its exotic name, Currimao remains to be one of Ilocos Norte’s less-visited towns, just like neighboring Badoc. Actually, the town’s name carries a lot of history. During the Spanish period, when Manila-Acapulco Galleon Trade was still flourishing, Muslim pirates frequented the coast of the West Philippine Sea. Watchtowers were built at two strategic points, one at Arboledan Point and the END_OF_DOCUMENT_TOKEN_TO_BE_REPLACED