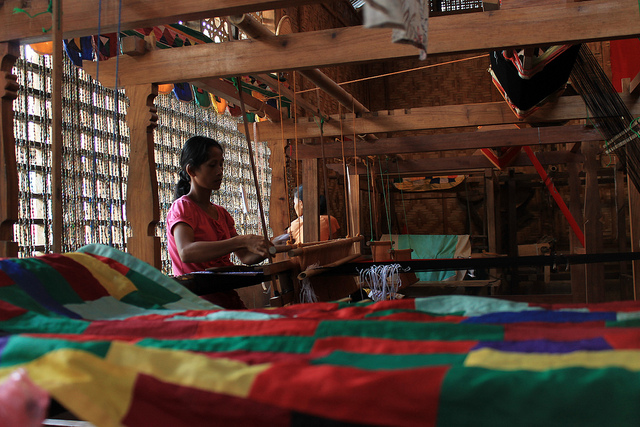 A young weaver at Al Jamelah Weaving Center, Datu Odin Sinsuat As I write this, another bomb blast rocks the politically volatile province of Maguindanao in central Mindanao less than two weeks after our visit. A name stained by corruption, violence and impunity magnified by the press, we forget that “Maguindanao” stands for a rich ethnic culture that forms a significant part of our Philippine heritage. The Maguindanao, which means “people of the flood plains”, are part of the larger END_OF_DOCUMENT_TOKEN_TO_BE_REPLACED